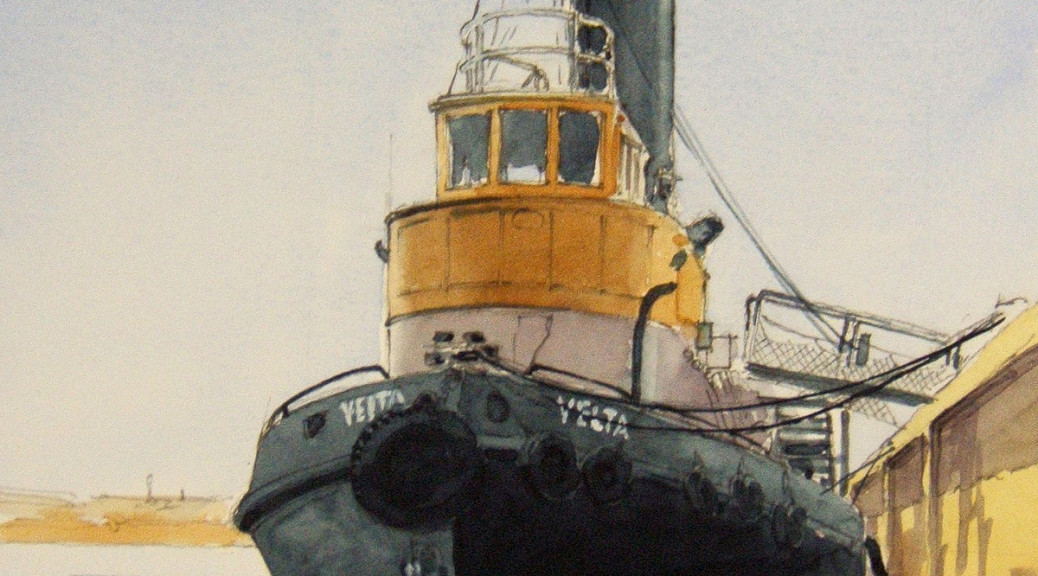 I’d had to take a bus-load of school kids to Port Adelaide on an excursion, and while the teachers took them to various places I was able to sit on a pontoon and paint this picture of the 1948 South Australian-built Yelta, with the steam engine originally intended for a naval Corvette. 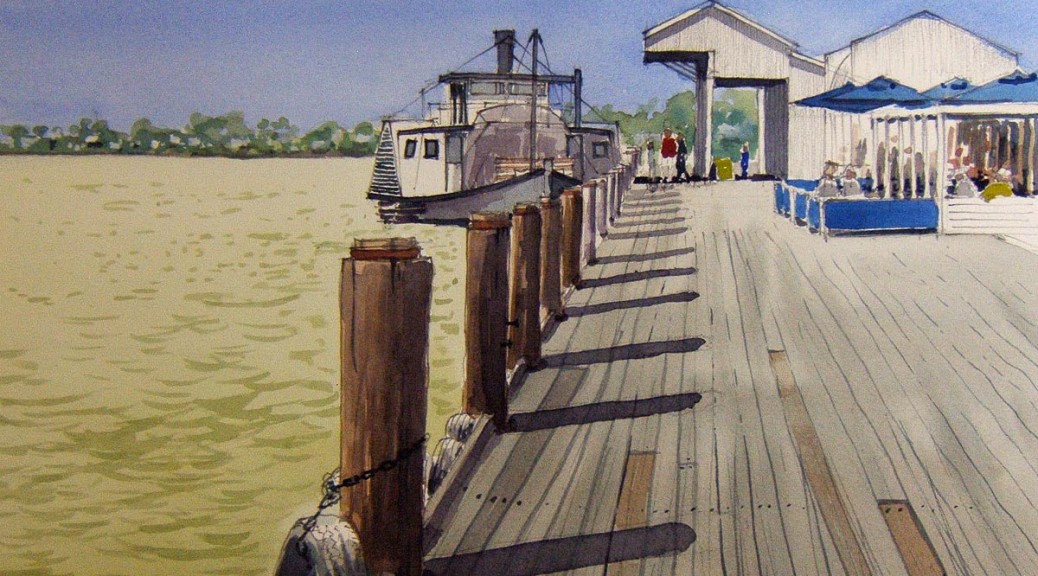 Goolwa’s the well-known river-port near the mouth of the Murray where the South Australian Wooden Boat Festival draws big crowds every second year, and thousands of holiday-makers every summer.

I painted this one on a lazy Saturday when even the old Mundoo, tied up at the wharf here, was quietly sleeping. 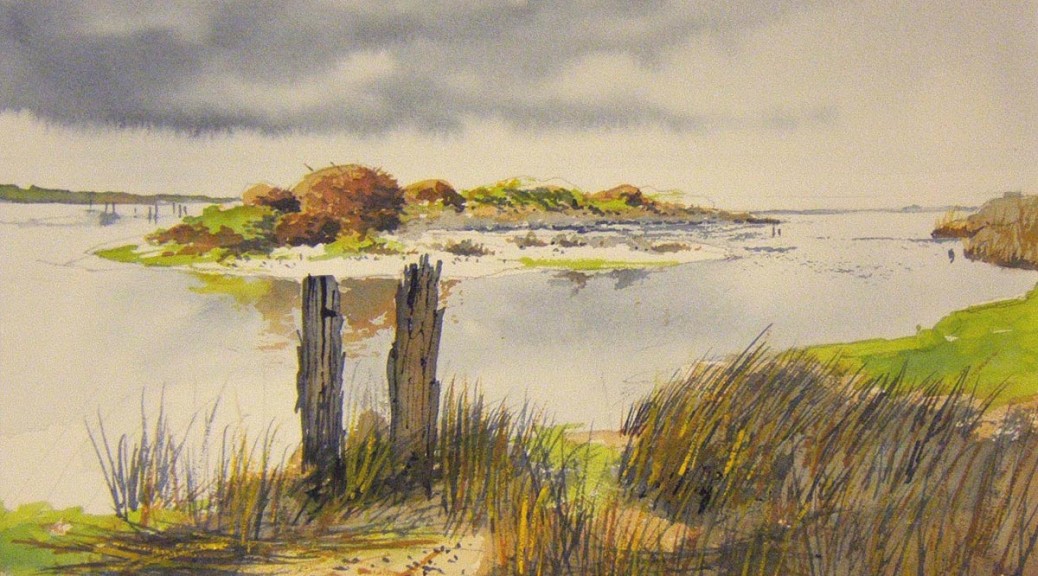 This is a little sand island just downstream of the barrage at Goolwa, and home to plenty of birdlife.

The barrage is out-of-view to the left and the Murray Mouth is a few kilometres away over the horizon to the right. 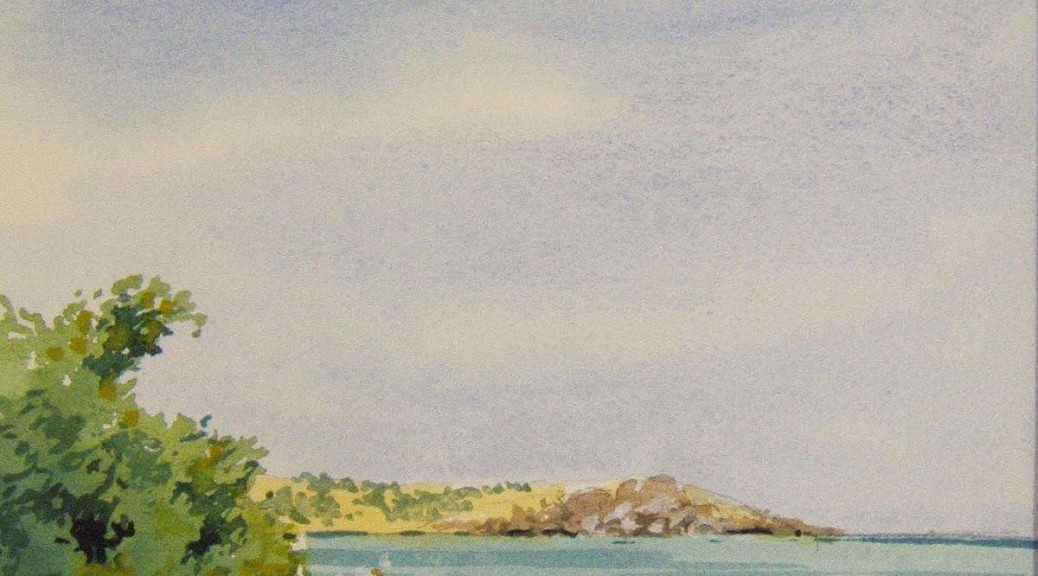 I sat in a park on the sea-shore at Victor Harbor to paint this view of Granite Island. 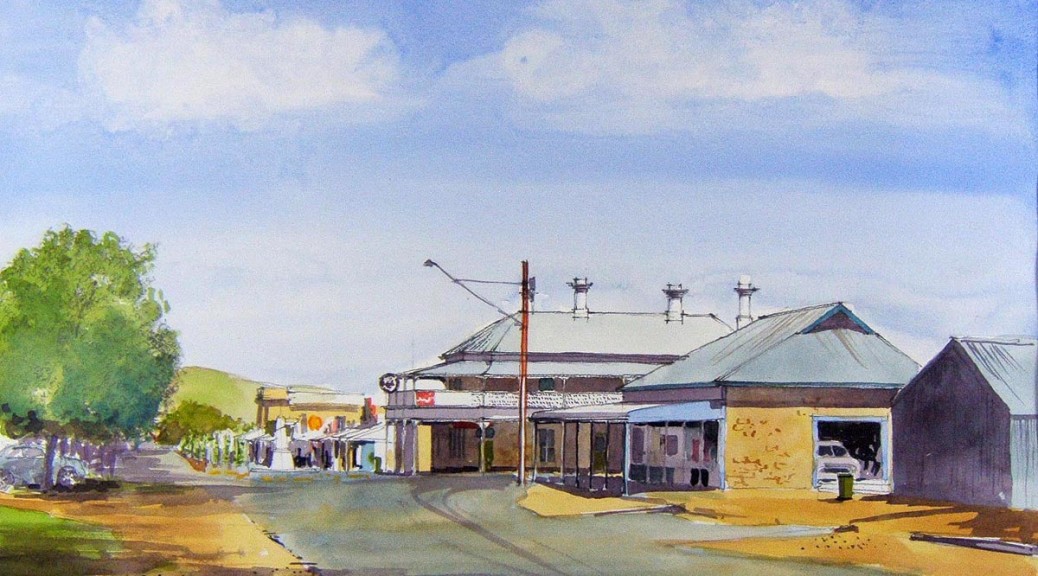 Gladstone was named after a British Prime Minister and thrives as a medium-sized mid-north town serving the surrounding farmers.

Another painting done under the shade of the roadside gum trees. 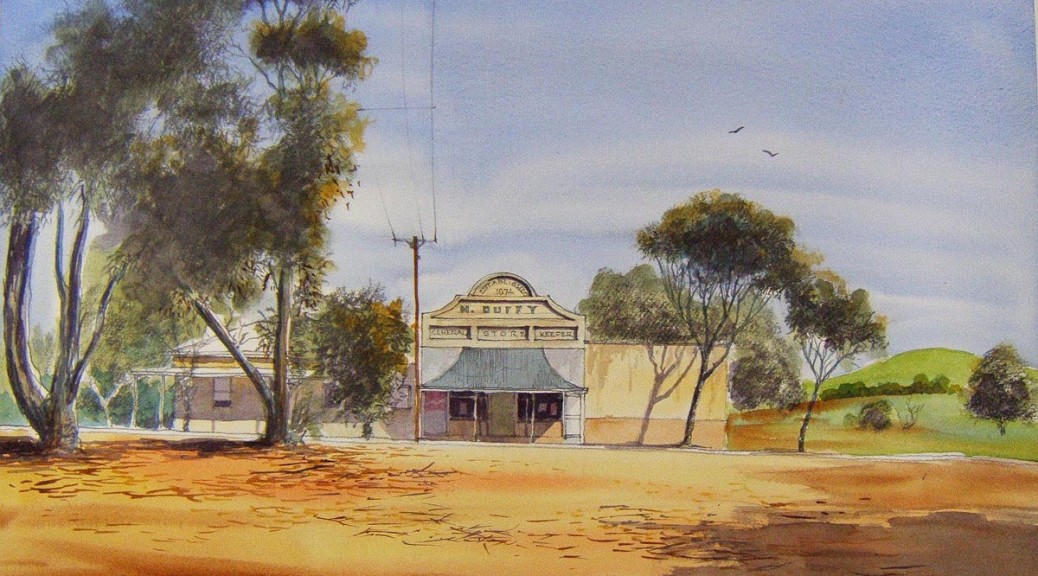 The tiny northern town of Pekina has this store and a pub and a handful of houses, that’s all. I sat on the roadside opposite to paint this one on a glorious summer’s day amidst a few flies, the aroma of gum leaves and just the sounds of the bush.

Vee read a book and Phoebe (Golden Retriever and most important member of the family) snored at my feet. 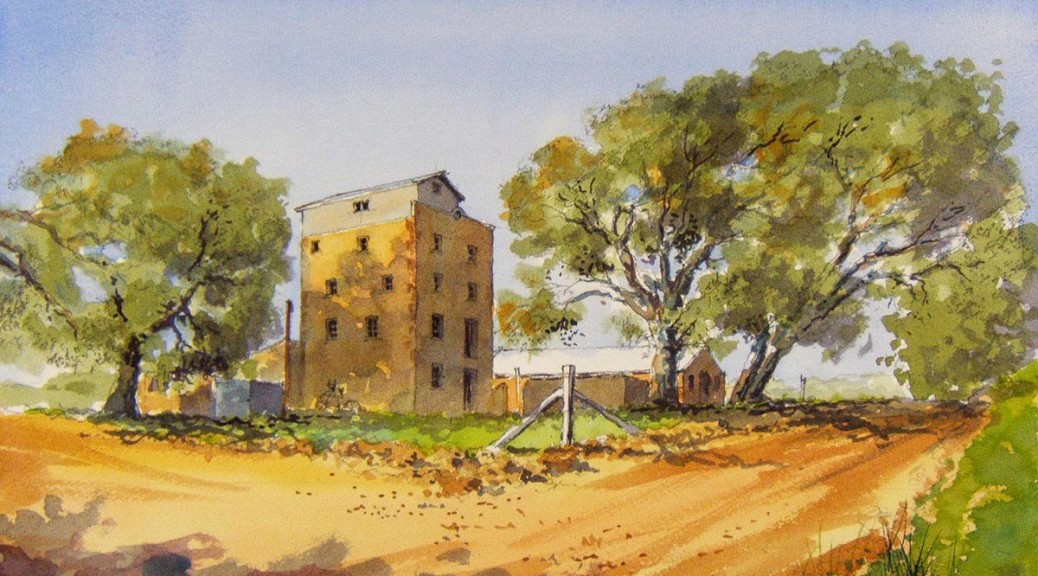 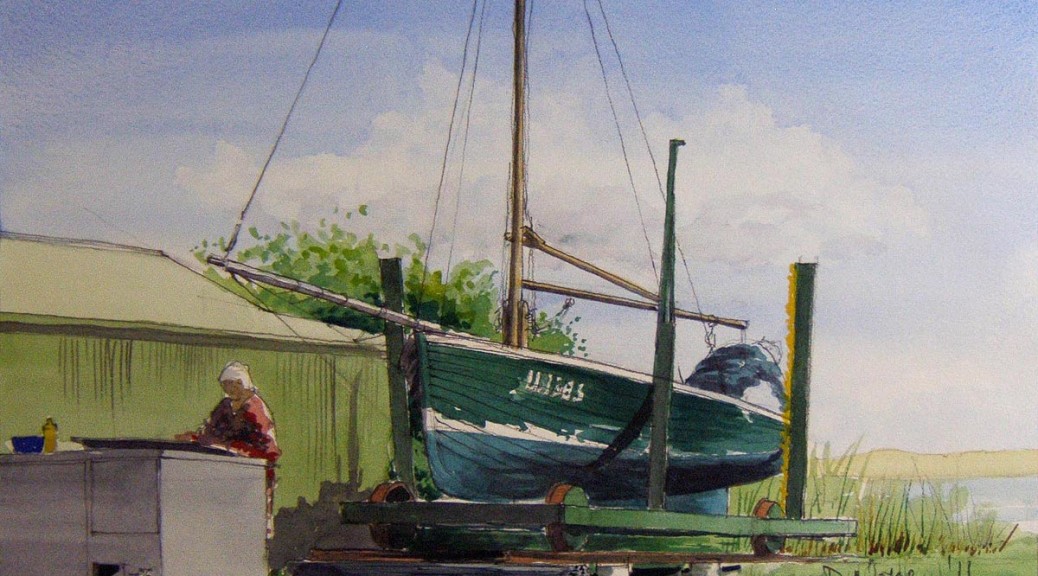 Where wooden boats have been built and repaired for goodness-knows how long.

Currently it’s the home of a bunch of retirees who meet every week, who chat, drink coffee, build and repair wooden boats.

This boat’s seen almost as many summers as I have, and is still used regularly. 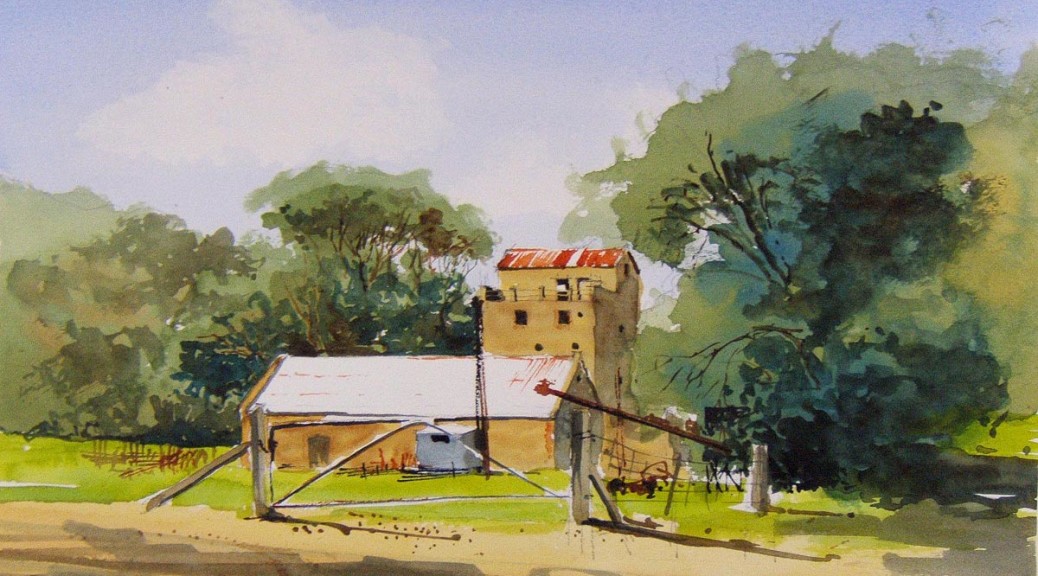 Another view of this well-known landmark in the mid-north town of Melrose.